The arched solar panel array shown below consists of six sections which are sloped 18 degrees relative to each other. Each section contains 4 Mitsubishi PV-MLU250HC solar panels, for a total of 24 solar panels. The width of this array is 18 ft 4 in, and the height is 8 ft 10 in. 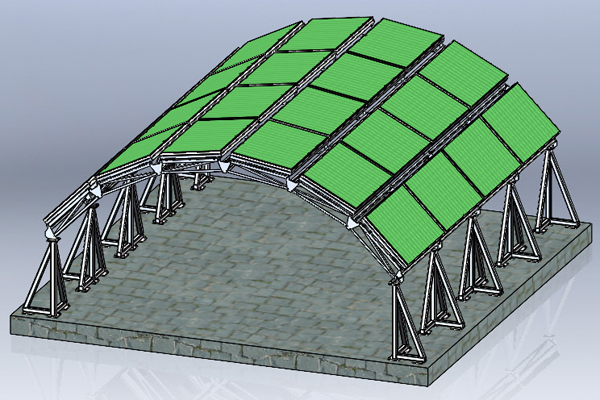 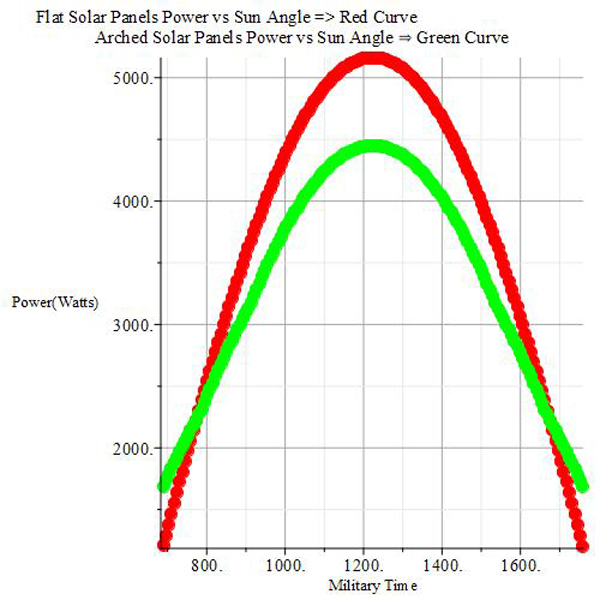 The picture below shows a practical use for arched solar panel arrays. These structures keep electric cars cool during the day and provides power for recharging the cars batteries.

The arched solar palel arrays offer the advantage of a more consistent power source as well as accomodating vehicles of different heights.